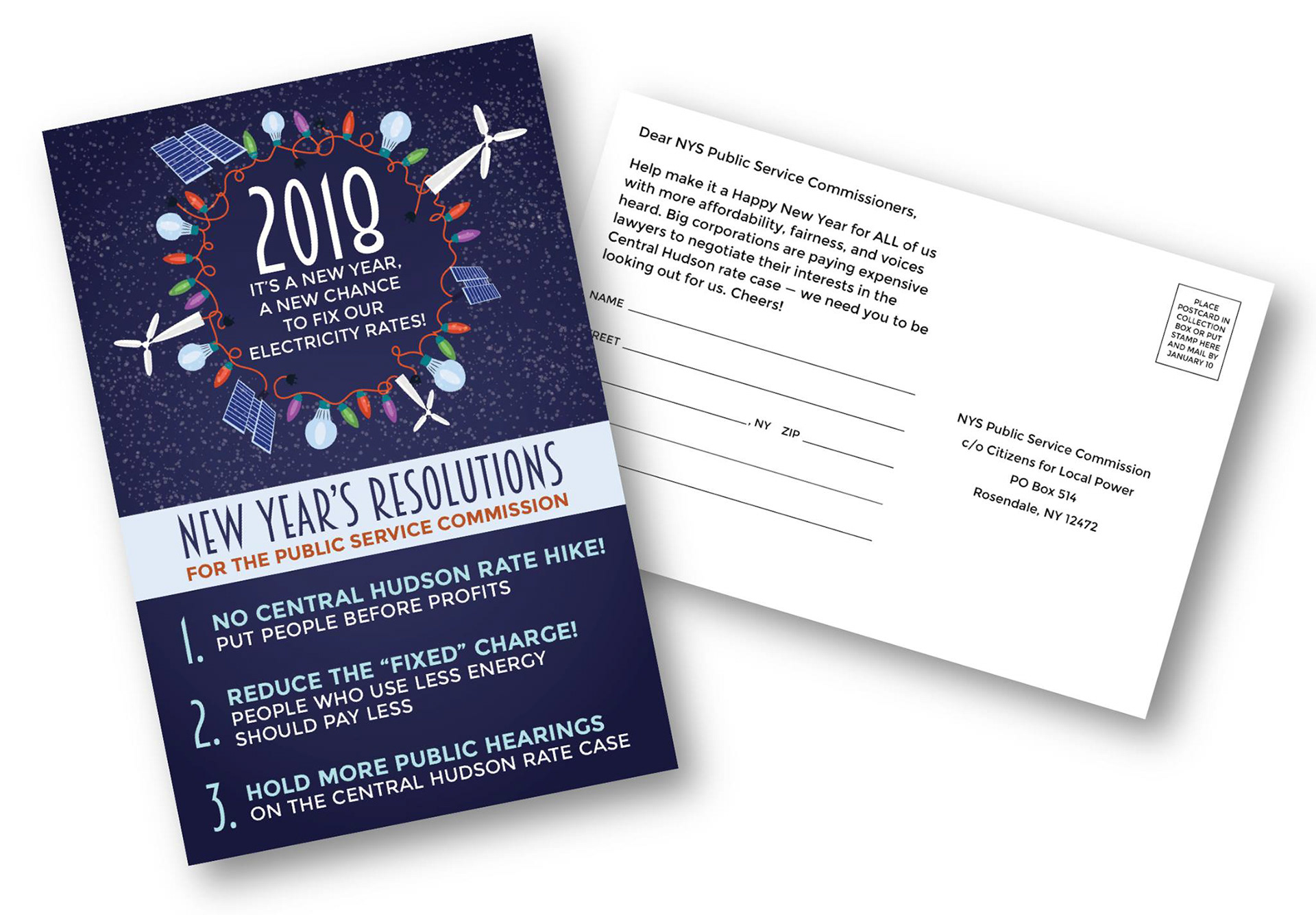 Citizens for Local Power— a community organization that advocates for a locally-based, clean energy economy— hired Beccatron Studios to create graphics for their #NoCHratehike Campaign.

In 2017, Central Hudson sought permission from New York State Public Service Commission (PSC) to raise electricity and gas rates for residents and small businesses. Central Hudson already billed these customers fixed charge of $24.00 per month — the highest in the state.

Typically, only large corporations can afford to hire expensive lawyers to negotiate their energy rates before the PSC. But this time, Citizens for Local Power (CLP) stepped in to negotiate on behalf of residents, municipalities, and small business — the entities who usually don’t have any seat at the table.

By late November, CLP had a solid legal and economic case against Central Hudson’s rate plan. But to be successful, they needed to put pressure on the Public Service Commission — and fast!

With just a few weeks to go before the PSC meeting, Beccatron Studios designed a postcard and social media campaign to serve the dual role of educating the community and demonstrating popular support for CLP’s demands.

Thousands of signed postcards were delivered to the NYS Public Service Commission to protest Central Hudson’s proposed rate hikes. As a result, for the first time ever Central Hudson agreed to lower its basic fixed charge, and also agreed to a more modest overall rate increase.

In addition to designing the postcard, we created an infographic to raise awareness about the campaign and gather more signatures.

We formatted multiple variations for both print and social media, to reach people in as many places as possible — from Facebook to their front door.